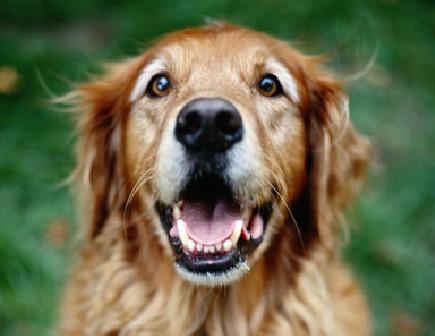 One of the most important reasons for spaying female dogs is the prevention of pyometra.  It is an infection of the uterus and the name pyometra means “pus-filled” uterus.

The uterus is a Y-shaped organ that joins the ovaries and cervix.  The uterus is the part of the female reproductive tract that houses the fetuses during pregnancy.  The tissue of the uterus responds to hormones and prepares for pregnancy.  With consecutive heat cycles, the tissues of the uterus can become thickened and abnormal.  In addition, bacteria that are normally found in the vagina make their way through the relaxed cervix during a heat.  The uterus fills with pus and starts to break down.  Bacteria and their toxins are then released into the bloodstream, causing sepsis.  This preventable condition can be fatal if untreated. 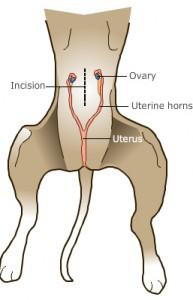 Signs of pyometra generally occur several weeks after a bitch has finished a heat cycle.  Often the dog has a decreased appetite and may have vomiting or diarrhea.  It may be dehydrated, have a fever and have a low energy level.  It frequently drinks and pees excessively as the body ineffectively attempts to flush toxins out.  There are two forms:

Prevention is the best option – spaying a female dog will avoid this disease.

Treating pyometra is complicated, expensive and the dog is often unstable, which puts it at a higher risk of death.  Its sick uterus needs to be surgically removed, like an emergency spay.  These patients generally need to be hospitalized on intravenous fluids, pain medication and antibiotics.

What about my cat?

Cats can develop pyometra as well, although some cats show no symptoms of being sick.  They may still have abnormal vaginal discharge, but tend not to drink and pee more.  They are treated with a pyometra surgery as well.  As with dogs, spaying your cat prior to sexual maturity is preferred.

My dog/cat is too old to be spayed.

This is a myth.  As long as bloodwork has been performed and a veterinarian has evaluated your pet with a physical examination and addressed any other health concerns prior to surgery, age is not a good reason to avoid anesthesia.  Female dogs and cats that have had litters can also safely be spayed after they are done nursing.

If you have any questions about having your dog spayed, give our team at Coventry Animal Hospital a call.