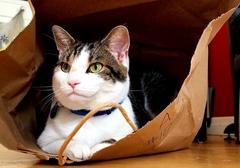 December is Cat Lover’s Month, and so we decided to put together a list of some fun facts about why cats are so amazing. This list only reflects a very small reason as to why we love cats so much!

Cat purrs come in a range of frequencies, but scientists have discovered that these frequencies can have healing properties. It is known that a cat’s purr can help increase bone density and maintain muscle mass. It is well known in the veterinary community that cats are remarkable healers, healing from trauma much quicker than dogs and people. This is likely due to the therapeutic nature of their purr!

Cat purrs have also shown to have a significant benefit on people. It can decrease stress, lower blood pressure, and help people heal from injuries as well. Owning a cat in general also improves health, significantly decreasing the risk of having a heart attack.

Cats can make many different noises. In fact, cats can make well over 100 different vocal sounds (unlike dogs who can only make around 10).  Obviously, one of the most well-known is their meow! But did you know that cats mostly meow as a way to communicate with humans? When cats communicate with other cats, they use other forms of communication such as body language and scent. Over time cats have learned that those methods don’t work so well on humans. But what does catch our attention? Meowing! Cats have many different styles of meowing, and most cat owners learn what each meow means for their kitty.

We all know that the famous feline, the Cheetah, is one of the fastest animals on earth, getting up to speeds of 120km/hr. But did you know our own house cats can run pretty fast too? Some cats can run as fast as 48km/hr! If you consider that speed when you are driving around, it is pretty impressive!

Landing on their Feet

Most of us are familiar with the old saying “Cats always land on their feet”. While that saying may not be entirely accurate, it is pretty close to the truth! Cats have a very strong righting reflex. When they are falling, their vestibular apparatus in their ears allow them to quickly figure out which direction is up and down, and they are then able to maneuver their very flexible body to right themselves. Their flexibility also allows them to absorb some of the shock of impact when they hit the ground, decreasing injuries. 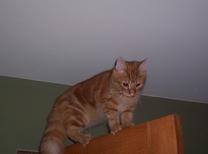 Cats are amazing animals who truly become very special members of our family. They bring us so much joy, there is really very little that compares to the love of a cat!

If you have any questions about your cat, talk to one of our team members at Coventry Animal Hospital.